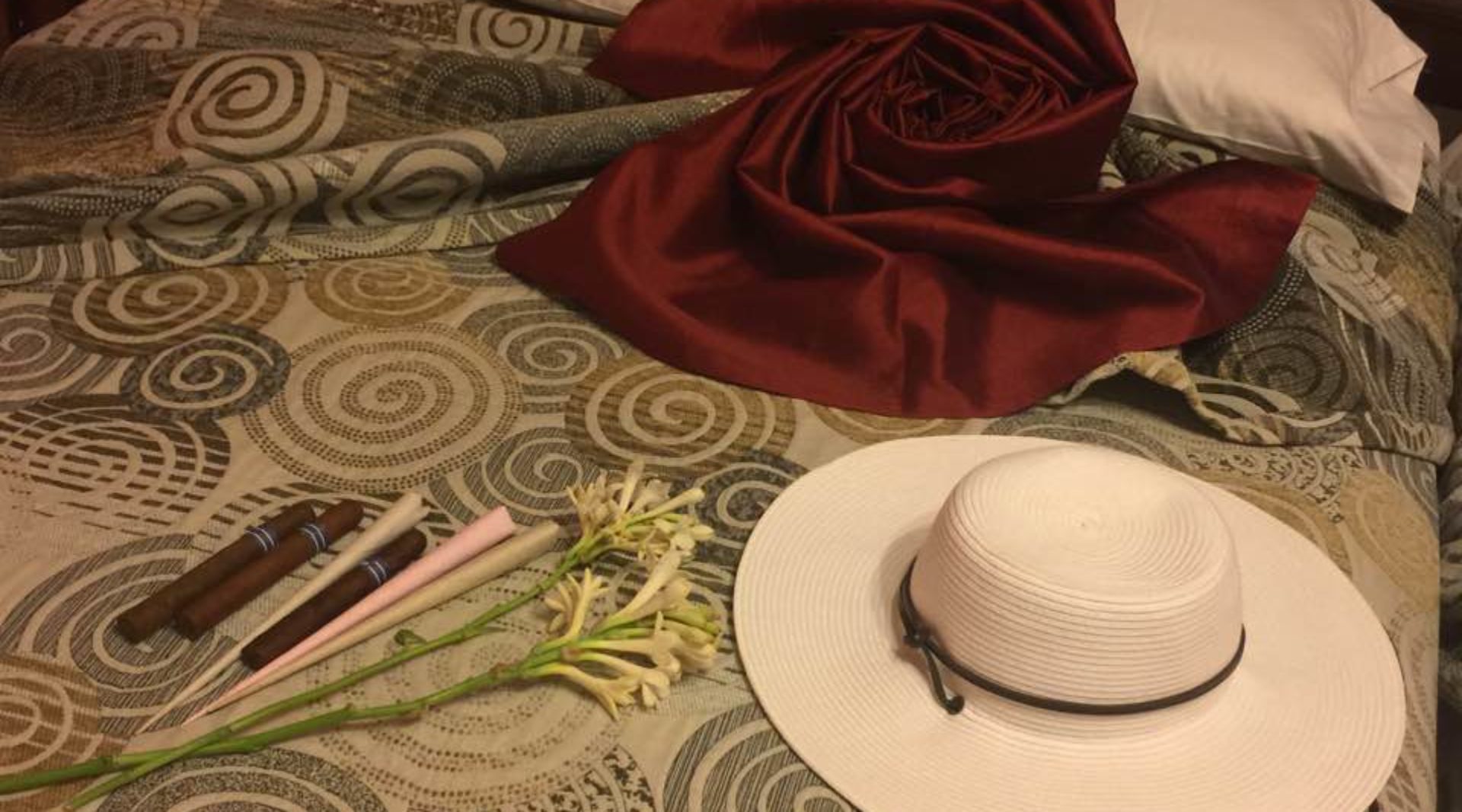 Cuba’s alluring beauty is found in its architectural landscape that remains unspoiled by modern development.  Spanish colonial and baroque as well as Greek, Roman, and Italian styles of architecture have endured for centuries. Immense arcades, massive columns, and luxurious courtyards line the plazas of Old Havana and other colonial cities. Other periods of elegant and eclectic architecture include late 1800s neo-classical and early 20th century art nouveau and art deco. Our immersion into Cuban culture was launched from two stunningly beautiful hotels of different architectural periods.

Hotel National de Cuba was built in 1932 as a luxury hotel, in a mixture of Sevillian, Moorish and Art Deco styles of architecture. The hotel is a National Monument written in the World Memory Register. It is co-located with Santa Clara Battery on Taganana Hill in the heart of Havana. Both Santa Clara Battery and Old Havana are UNESCO World Heritage Sites. The site commands an expansive view of Havana Harbor, Old Havana, and the Malecón, the iconic five mile seawall that runs along the harbor.

At the entrance, the hotel rises in a stunning display of elegance. The view is embellished by vintage cars, in a kaleidoscope of vivid colors clustered at its front portico. The first floor lobby is immense, and presents a stunning picture against the azure ocean beyond. The absence of vessels in the harbor creates a pristine view. It’s easy to see why celebrities and statesmen such as Sir Winston Churchhill, John Wayne, Frank Sinatra, Ava Gardner and many others favored the hotel at the height of its glamour. Our ride into Old Havana was a enviable indulgence. We rode in 1914 Ford Model-T, updated in a stunning bright pink metallic color! The ancient buildings along the plazas are filled with book shops, restaurants, museums, and hotels. They are a feast for the eyes and a shutterbug’s dream. We returned to our hotel just in time to catch the sun slipping into the ocean on the horizon. Peacocks strutted in the Battery Garden and musicians played gentle Latin music as we sipped mojitos in the soft tropical breeze.

San Juan de los Remedios was founded by the Spanish in 1578. Because of its rich history, the Plaza Mayor or Main Square, Plaza Isabel II, is a historical treasure and a National Monument. The Hotel Encanto Barcelona was once a colonial mansion and anchors one end of the plaza, within easy walking distance to the city’s treasures.  It holds a merit award for preserving architectural and historical value in a colonial town.

Once a private home, the hotel has an elegant inner courtyard and an expansive front room, with a restaurant and bar. The top floor balcony is the best place to view city life in the plaza three levels below. In the mornings, a street sweeper leisurely clears debris from the walkways of the plaza with his wide straw broom. A line of school children in brightly colored uniforms cross the plaza.  People of all ages are walking or riding their bicycles to school or work. Merchants began to open their beautifully painted doors for business. A few of the omnipresent and beautifully restored vintage cars arrive occasionally throughout the day. A pedicab picked us up in front of the hotel for a visit to the tobacco factory a few blocks away. We were accompanied there by an infectiously loveable street dogs who enjoyed napping at our feet on the porch of the hotel. On a walking tour, we learned the history of Las Parrandas de Remedios, a yearly festival, considered the largest and oldest celebration in the Caribbean. We visited the Parish Church of San Juan Bautista and heard the amazing story of its 13 gold alters. Pirates threatened the area in the 1660s and officials painted them white to hide the gold. They remained hidden for almost three hundred years! During restoration, (1944-1954), workers discovered that the white alters were actually gold. We returned to our hotel balcony to sip sweet Cuban rum and watch the moon come up in the soft blue-violet sky over the plaza.

Many travel organizations and private individuals are licensed to offer educational visits to Cuba.  We selected a Road Scholar program.  Road Scholar is a self-described “university of the world” for travelers’ age 50+.  The itinerary provided an intimate immersion into Cuban culture, including guided visits with musicians, photographers, dancers, artist, and private citizens in their homes.  The authentic Cuban food was exquisite and served in captivating settings, usually private homes or Paladares.  Cuba’s architectural beauty and the warm charm of the Cuban people made our trip an unforgettable experience.