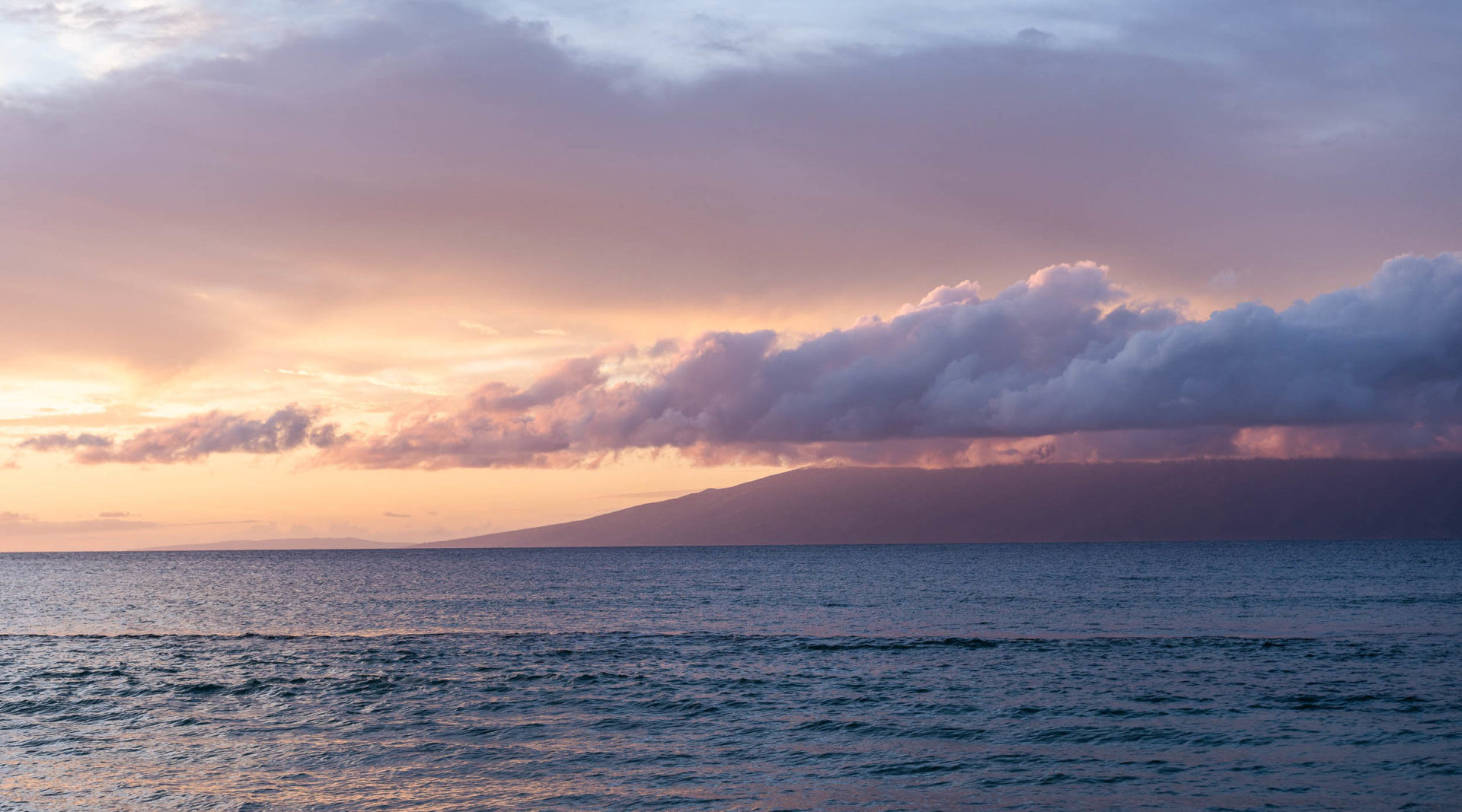 Three Beautiful Things About Hawaii that we Love

“With Hawaii it seems always to be love at first sight. Those for whom the Islands were made, or who were made for the Islands, are swept off their feet in the first moments of meeting, embrace, and are embraced.” ~ Jack London

The spacious entrance of the Hale Koa is one of the best places on Earth to lounge, read, write, and have conversations. Open to the outside, the Hawaiian trade winds gently take you away to a place of serenity and calm. We love talking with others in those cozy, comfortable couches and chairs. Believe it or not, some people tell us that they make an annual pilgrimage to enjoy the lobby! But Eddie and I excuse ourselves often. The entrance is genuinely fantastic, but we can’t wait to see the three beautiful things about Hawaii that we love!

Incredibly diverse landscapes are the first of the three beautiful things about Hawaii that we love.

Guided tour, bus, trolly, or rental vehicle takes us from sea level to Hawaii’s tallest peaks within hours. And if you love walking like us, trails are abundant on the Hawaiian Islands. Here are some of our favorites on this trip.

“The Big Island” Hawaii is made up of six volcanoes. At Kilauea Volcano, hike along the steamy rim of the volcano and go from lush tropical rainforest to desert in no time.

Our guide Kaipu told us about his lessons growing up in Hawaii. He learned that fire and volcano goddess Pele continues to shape the islands. Kaipu is an accomplished ukulele musician, learning to play from his father. He remembers meeting Hawaiian singer, musician, and songwriter IZ (Israel Kamakawiwo’ole). The world knows IZ best for his rendition of “Over the Rainbow.” It’s a favorite song and video.

Contrasting with the lush tropical landscape below, we could see the snowcapped peaks of Mauna Kea on a clear day. At 13,796 feet, it’s the Big Island’s highest point. We couldn’t drive to the top without a four-wheel drive, but we did make it to the Onizuka Center for International Astronomy Visitor Information Station (9,200ft). From there, we saw the clouds below us, a breathtaking experience!

Aka “house of the sun,” the sunrise at Haleakala is extraordinary! Eddie and I booked the Sunrise Tour with Skyline Eco-Adventures, and Keith was our guide. We raced the sun to the top, “going to the Sun,” to see the Haleakala Sunrise. Seven of us in a van started at 2 am and rode for three hours, alternately listening to meditation music and Keith’s stories of Hawaii.

“Haleakala National Park holds the highest number of endangered species and the rarest ecosystem of any national park,” said Keith.

We couldn’t see the chasms along the roadside in the dark, but Keith explained that they were very steep and dangerous. When the first lady “Lady Bird” Johnson visited Haleakala, she found the guard rails “disgusting.” There are no rails to this day, and tour guides practice driving along the sheer cliffs in the dark before taking passengers.

We arrived at the summit, almost 10,000 feet, and waited an hour before sunrise. There was no snow, but it was cold, 36 degrees with a mild wind. But, oh my! The sky was covered in thousands of twinkling stars. I didn’t know it was possible, but we could see the Milky Way! Eddie took this picture with his iPhone.

Clouds danced along the horizon at sunrise. Then the sun emerged, pushing the clouds aside and reflecting brilliant colors.

Colorful cinder cones came into view with sunlight. But beware of holding on to lava rocks for a souvenir, warned Keith. The stones belong to Pele, goddess of fire, and the volcano. She brings your misfortune to those who take the stones.

Art, History, and Culture is the second of beautiful things we love about Hawaii.

Writers Mark Twain, Jack London, James Michener, and Rober Louis Stevenson enjoyed spending time with local Hawaiians during their travels to the Hawaiian Islands. There’s a good reason. Hawaiians are just as personable and witty today as they were over a hundred years ago. Many Hawaiians are in the service and entertainment industry, and some have an entrepreneurial spirit.

Justin is the owner of sundry items at the Hale Koa Hotel. His son, Kailnalu, is a professional body surfer. Justin knew that Kailnalu was destined for success when he was a baby. Kailnalu loved the water and could hold his breath for a long time. Justin took the baby on his first body surfing experience when Kailnalu was three years old. He told him to hold on tight to the end of the board. When a wave started to roll over them, he instructed Kailnalu to hold his breath. Of course, Justin had Kailnalu connected to him as a safety precaution, but Kailnalu came out of the tube smiling and ready to do it again.

Lola, our guide with Royal Star Hawaii Tours, has education and experience teaching history. Many Hawaiians like herself, she said, love, working in the tourism business. It pays well, and Hawaiians love to share information about their home.

“Nothing more important than ohana (family) to the Hawaiian people,” said Lola.

She explained how the homestead law helped Hawaiians in the form of 99-year homestead leases that they passed to successive generations. A land area was held in trust for Hawaiians under the Hawaiian Homes Commission Act (1921).

Lola explained that homestead awards are hard to get, and there’s a long list of people waiting. There are also growing concerns about people selling their land on the open market. They get offers that they can’t refuse and make enough money to purchase larger homes elsewhere. Many leave Hawaii and go to Las Vegas, Nevada, where land is advertised in Hawaii.

On the western side of Maui, Lahaina was once the capital of the Kingdom of Hawaii and a whaling village. Today it is known for fantastic art galleries and historic structures. Here are a few examples of what we found browsing the galleries on Front Street. Salvadore Dali’s “The Lost Wax.” Dali created the wax for the Bold Relief of “Christ of St. John on the Cross,” $4,250,000. Rembrandt’s etching, “Peter and John Healing the Cripple at the Gate of the Temple.” Too rich for us, but browsing is as good as going to a museum! The galleries along Front Street have it all, past and contemporary artists and many mediums, including stunning crayon art.

Lahaina is a National Historic Landmark District. The Old Courthouse and Customs House opened in 1860 and served as a customs house for whaling, trade ships, and government offices. Today it serves as the Lahaina Visitors Center and Arts Society Galleries.

Whale Watching is the third of the beautiful things about Hawaii that we love.

As many as 10 to 12,000 North Pacific humpback whales are estimated in the Hawaiian waters between November and April. After fattening up on krill and fish during summers near Alaska, they swim 3,000 miles to Hawaii to mate, give birth, and nurse their young. Whalers hunted them to near extinction in the 19th and 20th centuries. The Hawaiian Island Humpback Whale Sanctuary protects whales and other marine life.

We saw as many as 50 whales in a pod from the air. They were moving swiftly along the surface of the water. The males often group in pods looking for a mate. As many as two to three males compete for a female, and the game is on!

After a display of slapping, rolling, breaching, the other males depart; only one male will have the chance to mate.

The scenes in these pictures are called peduncle slaps and throws. The peduncle is the area between the dorsal fin and the flukes. Scientists regard this whale behavior as aggressive or defensive. We also saw their head poking out of the water too. Our guides gave us a play-by-play of the whale courtship rituals that we witnessed first-hand, eavesdropping on a whale tête-à-tête!

Immersion in Hawaiian Culture and History on a visit to Oahu

Eddie and I scheduled island tours as soon as we arrived in Hawaii. We would have booked some of them before we came, in hindsight. To get around the islands, we used every conceivable conveyance.

Hawaiian guides are incredible storytellers! Even taxi and uber drivers provide information about the history, culture, and things to do. We had more confidence and knowledge when traveling alone because of the informative and often endearing conversations with locals.

Jack London (1876 – 1916), author of Call of the Wild, could write as many as 1000 words a day of printable material. It seems impossible! How do you read books, write stories, take and edit photos while traveling and still enjoy the adventure?

Stories of Hawaii by Jack London, edited by Grove A. Day and Mark Twain’s Letters from Hawaii, are excellent reading materials for a stay in Hawaii. 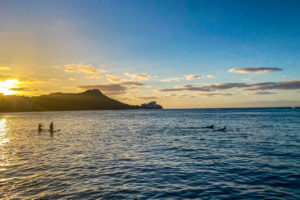 Immersion in Hawaiian Culture and History on a visit to Oahu 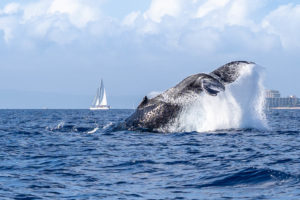 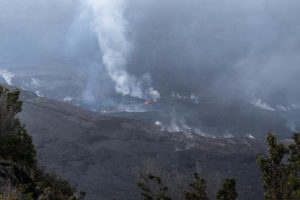 It was dark when Eddie and I arrived at Kilauea[...]