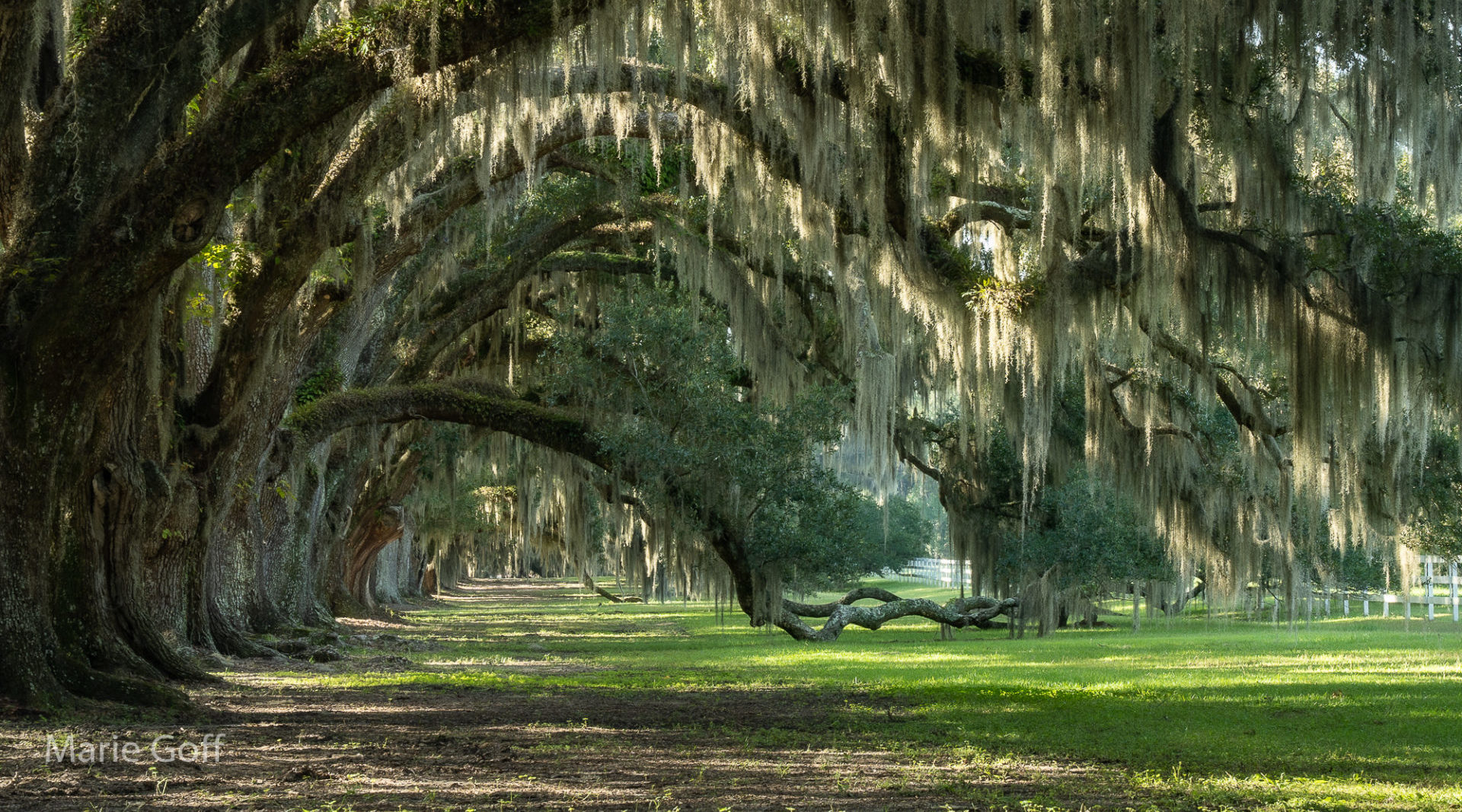 Beaufort’s Historic District and Civil War history make it the ideal place for Lowcountry photography and history tours. Lodging at The Cuthbert House Inn sets the mood for an unforgettable experience, beginning with the evening social hour.

For example, the view from the elevated piazza of the elegant mansion is dazzling!

Spanish moss clings to the branches of majestic live oak trees. In the distance, grasses, rushes, and reeds fill the tidal salt marsh, and sailboats anchor under a cloudless blue sky. It’s a dreamy place to relax and enjoy soothing coastal breezes.

Then, inside the lavish parlor, an open scrapbook provides clues to its storied past. This engaging Inn sets the perfect mood for Lowcountry photography and a little Civil War history.

For instance, a newspaper article tells of the hand etchings of a Union Soldier carved in the marble fireplace mantle. Also, there are intriguing pictures, one dated 1865, of a Union military band on the steps of the house. These clues and more inspire visitors to learn more about Beaufort’s Civil War past.

For starters, the most engaging way to learn is by taking a guided walking tour. In the Historic District, visitors learn of Beaufort’s unique role in the Civil War and hear interesting anecdotes about the people who lived there.

Plus, the walk is incredibly beautiful, for two reasons! One, the large number of historic structures close together make it an easy stroll. Two, the mansions are surrounded by massive live oaks draped in Spanish moss. These two features create an enchanting mix, a place to linger. It’s no wonder that the area is designated a National Historic Landmark!

You might ask, “How did so many mansions survive the Civil War?” More important, “What happened to the people there when Union forces overcame the defenses at the Battle of Port Royal?” Storyteller Wynn Englisbe answers these questions and more as he leads visitors on a mesmerizing journey through history.

In a state of panic, wealthy owners fled in what became known as the Great Beaufort Skedaddle of 1861. In fact, they left everything except what they could carry. But, rather than burn the town, Union forces occupied the area. They quickly repurposed the mansions as offices, hospitals, and military quarters. And, the occupation would last until the end of the Civil War. Later, some of the planters got their houses back, one way or another. But from then on, life in Beaufort would never be the same and through it all, there are some pretty incredible stories.

For instance, the walking tour passes the grave of Robert Smalls and the mansion that he purchased and lived in as a free person. Wynn is a big fan of Robert Smalls, wrote an essay about his life, and this becomes one of the most intriguing stories of the tour.

Let me explain. Robert Smalls was born a slave and had no formal education. Still, his intellectual brilliance led to remarkable success in life. First, he saved enough money to purchase his freedom. Then, he led a daring escape from Charleston by sea. This led him to present a case for emancipation before President Abraham Lincoln. Throughout the war, he served as the civilian captain of a ship and fought in 17 battles. Later, he served 5 terms in the U.S. House of Representatives. With all of this, one of his greatest legacies is that he pushed for the education of all people, black and white.

Eventually, Robert Smalls purchased the same home at 511 Prince Street in Beaufort where he had lived as a slave.

After a two-hour tour of the Historic District, tired feet need a rest. And, the Henry C. Chambers Waterfront Park is the best place to go. Dine at one of many restaurants or order take-out for a picnic. There, you’ll find a spectacular view of the Beaufort River and marina.

In fact, I finished dinner just in time for the photography tour. To save time and get to the best locations, photographers often make arrangements with local guides. This is especially good for beginners since guides often offer assistance with composition and camera settings. Don and Ruth at Beaufort Photography Tours are the best! And, to make it even more special, my long-time friend Renita Berry joined us on the tour.

Most notable is the extraordinary experiment that took place during the Union occupation of Beaufort. It’s called the Port Royal Experiment. The idea was to promote self-sufficiency and education for the former slaves. Teachers, ministers, and doctors came to Beaufort from Northern states to support the effort.

Later, some of the programs were discontinued but what remains is located at Penn Center on St. Helena Island. The area is considered a National Historic District Landmark with 50 acres and 19 historic buildings. Namely, these include the York W. Bailey Museum and the Brick Baptist Church.

The Brick Baptist Church is the oldest church on St. Helena Island. And, its history is compelling.

First, it was built by slaves for plantation owners. Visitors can see fingerprints in some of the handmade bricks. After the plantation owners fled, the slaves began using the church for their own worship services. Then, it became the temporary site of the first African-American school for former slaves. Today, it serves as a church for the people of St. Helena Island.

“Historic Penn Center is one of the most significant African-American historical and cultural institutions in existence today.”

For more Lowcountry photography, see Save Time and Get the Best Photos at Travel Notes and Storytelling.

Special thanks for the tour guides and my dear friend Renita who made this photography adventure extra special.

Don and Ruth, Beaufort Photography Tours, are the perfect guides! They know the best spots for Lowcountry photography. Also, they provide invaluable guidance on composition and settings.

Wynn Englisbe is a great storyteller! He began assisting with Janet’s Walking History of Beaufort in 2014. Wynn grew up in S.C., where he completed college. He served as an infantry officer in the U.S. Marine Corps from 1968-1972. He is married, has two children, and attends the Parish Church of St. Helena.

Colonel Renita Berry, USA Retired, enlisted in South Carolina National Guard in 1986. Her distinguished military career includes two deployments, Bosnia and Kosovo. Before retiring in 2020, she served as a Brigade Commander and Logistical Officer for the South Carolina National Guard. She continues to serve as the Director of the Forensic Services Laboratory for the Beaufort County Sheriff’s Office.

The Cuthbert House Inn is an elegant Antebellum mansion. Plus, it’s situated in the heart of Beaufort’s Historic District, on the waterfront! It provides the perfect setting for an authentic Lowcountry experience. Ed and Connie are gracious hosts. They welcome guests with warm and inviting hospitality. It put me in the best mood for a Lowcountry photography tour and a little Civil War history! 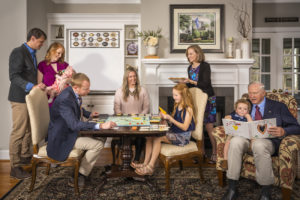 Bill named the portraits. He called them the "Monopoly Game"[...] 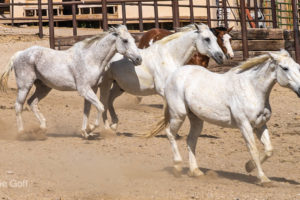 The best reason to love Tanque Verde Ranch for a winter/spring getaway is the wrangler guided horseback riding through the Saguaro desert. 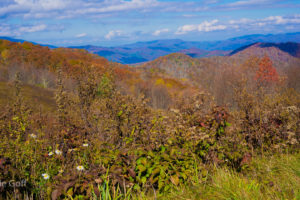 My friend Laurie knows the area of Haywood County, N.C.,[...]