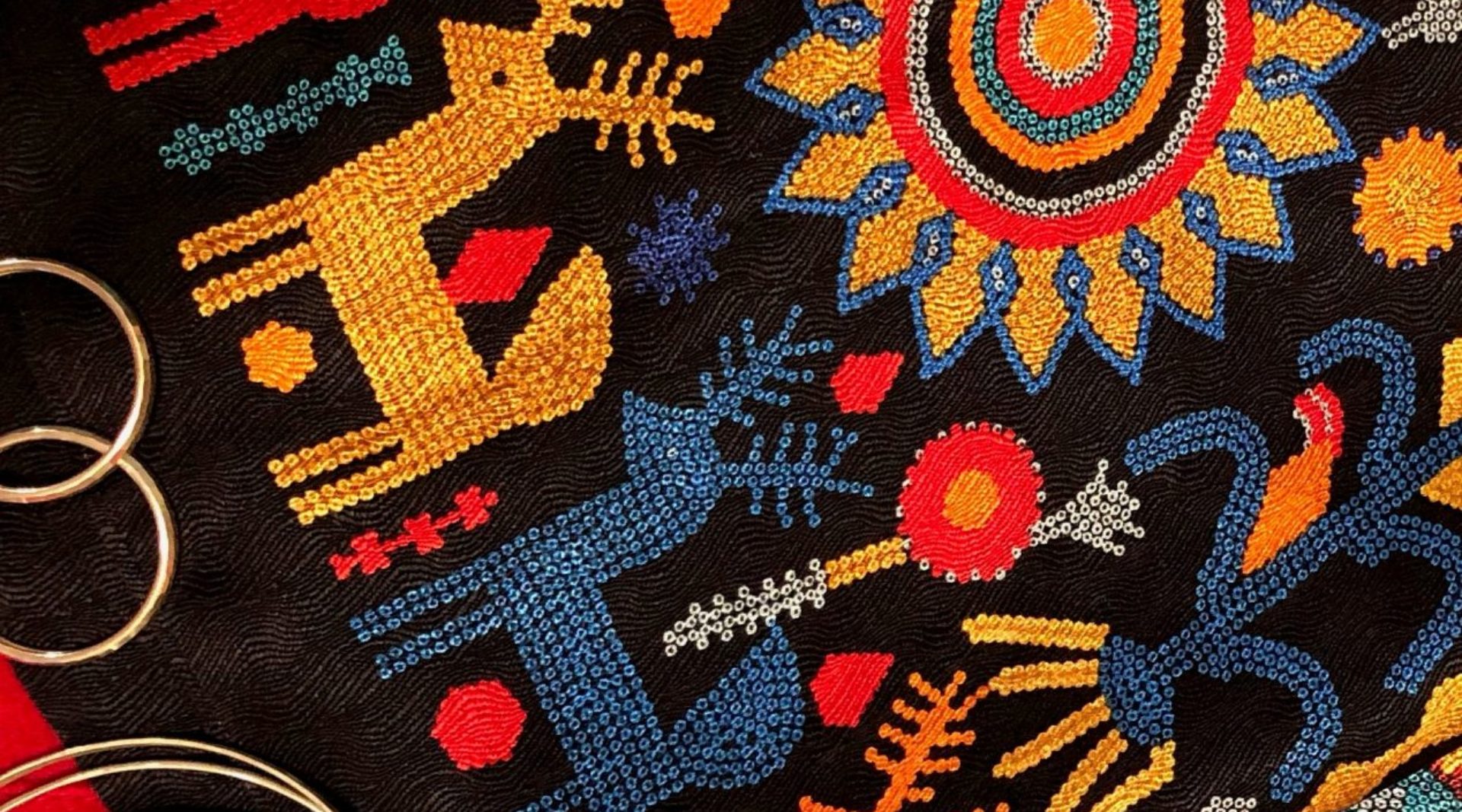 Millions of intrepid Americans cross our southern border each year to visit the culturally rich and geographically diverse land of Mexico. I visited inland Mexico with a group, Leadership Women International – Mexico. We were 30 among 28.7 million Americans who visited Mexico in 2015. It’s difficult to part with Mexico’s beautiful coast but take time to journey inland and you’re in for a magical treat. Mexico City is full of rich and colorful culture…ballet, art, and food. The streets have a festive vibe, and the museums reveal ancient civilizations, fine art and sculpture. The food…incredible…described by Gary Shieyngart in Travel + Leisure as second only to New York for “synchronizing indigenous with global cuisines with such panache”. On the road from Mexico City to Santiago de Querétaro, we detoured to stop and climb 248 steps to the top of the Teotihuacan Pyramid. Later we arrived in Querétaro, a UNESCO World Heritage Site. As soon as we checked into our rooms, we departed on foot to explore the Historic Center, known as the Monuments Zone.

The Ballet Folklórico de México (folkloric ballet) at the Palace of Fine Arts in Mexico City is a dazzling introduction to Mexican culture. The ballet tells the story of Mexico from the pre-Hispanic period to the Mexican Revolution. The sophisticated production combines ballet with traditional and contemporary Mexican dance. Intricate costumes and original choreography bring the legends, stories, and history to life. The Deer Dance, a crowd favorite, is based on preparation for the hunt of the Yaqui people, the only aboriginal tribe maintaining autonomy in Mexico. The dancer’s precision as he executes the image of the fallen prey is hailed as one of the greatest examples of imitative magic. The ballet has performed in Mexico and toured the world for 60 years, garnering hundreds of awards for its artistic work.

The Frida Kahlo Museum, La Casa Azul (Blue House) is the birthplace of Mexican artist Frida Kahlo (1907-1954). She lived her life there until her death and the house, with its rooms, corridors, patios, and inner courtyard, displays her art and tells her life story. Her paintings, including many self-portraits, and other art are inspired by Mexican folk culture and recognized for vivid colors and magical themes. Frida eventually gained international fame and became an icon of feminism and freedom of choice. Blue House is appropriately situated in the Coyoacan Neighborhood of Mexico City, designated by the Secretary of Tourism as Barrios Magicos (Magic Neighborhoods). Frida struggled with polio during her childhood and later was severely injured by an accident. Visitors to Blue House get an idea of Frida’s struggle to overcome physical challenges, her individuality, and her determination to triumph over adversity.

Mexico’s largest and one of its most popular museums, the Museo Nacional de Anthropologia (National Museum of Anthropology) boasts over two million visitors a year. The world’s foremost anthropology museum houses significant artifacts from Mexico’s pre-Columbian period and is a haven for scholars, history buffs, and tourists. It’s difficult to imagine how these incredible sculptures were formed. The famous Aztec Stone of the Sun or Aztec calendar stone measures 11.75 feet in diameter and 3.22 feet thick.

Just outside the front of the Anthropology Museum are the gates of Chapultepec Park in Mexico City, one of the largest urban forest parks in the Western Hemisphere. The activity there provides the most magical atmospheres in Mexico City. At the gates, there are vendors of all sorts and Moko Jumbies (stilt walkers) dressed as skeletons during our time there, to celebrate the Day of the Dead. Some members of our group sampled the fried grasshopper from the bicycle peddlers. As we walked, we caught glimpses of the Danza de los Voladores (Dance of the Flyers), a magical feat and ancient Mesoamerican ceremony re-enacted. Four or five participants dressed in colorful costumes and tied by ropes launch themselves from a 90-foot pole while one stays on top playing the flute and drum. The myth explains that the ritual was performed in ancient times to ask the Gods for the end of severe draught.

Dinner at Villa Maria, in Mexico City was my one of my favorites. The atmosphere in the two-story building was colorful and lively with Mariachis. The food was authentic Mexican, mild chilies stuffed with crab, medallions of beef in tequila sauce, huachinango (red snapper) steamed in banana leaf, etc. And of course, the margaritas were superb!

The Teotihuacan Pyramid is located 25 miles from Mexico. We detoured there on our way to Queretaro to get a view from atop the pyramid. During ancient Mesoamerican times, 1st millennium AD, the top of the pyramid looked down upon a thriving city of 125,000 people.

It was the largest city of its time, and the area is considered the most architecturally significant of the Mesoamerican pyramids in the pre-Columbian Americas. Mexico is the world’s leading producer of silver, which makes it inexpensive compared to other places. It was plentiful in the tented stalls at the base of the pyramid and a great place to shop for jewelry.

Afterwards we lunched in one of the iconic spots, La Gruta, a volcanic Cave Restaurant that’s served traditional Mexican food since 1906. Guests participated in lighting candles at the ‘altar of food’, the traditional way to encourage and light the way for departed relatives to return.

‘Magical’ is a term often used to describe Querétaro, a place “never in a hurry”. The most prominent and astonishing feature of the city is the Romanesque aqueduct, almost a mile long and consisting of seventy-five arches that are each 65 feet wide and 75 feet high. Marquis Juan Antonio de la Urrutia y Arana built the aqueduct between 1726 and 1738 to provide drinking water for the city and the aqueduct continues to supply water to the city’s many fountains.

Querétaro is designated a World Heritage Site and considered the best example of 18th Century design. The streets are lined with high end restaurants, where fried corn cakes and gorditas are a treat. Gorditas are pastries made with masa and stuffed with meat, cheese and other ingredients. They’re often called ‘little fatties’, a popular food item not to be missed. The center or public square is home to the famous Monuments Zone and provides an atmosphere of an outdoor museum. Remnants of El Dia de los Muertos (Day of the Dead) celebrations were more visible in the historic city. The official holiday of Day of the Dead is celebrated on October 1st and 2nd, but many, especially in Querétaro, celebrate throughout the month. Traditional and elaborately adorned skeletons greet visitors at the entrances to shops and restaurants. Gloria, one of our dinner hosts from the Pan American Roundtable, said that after moving from Mexico City to Querétaro in 1991, she “fell in love with the city’s history and traditions, especially its legends”. She explained the legend of the battle between the Indians and the Spaniards on the Hill of Sagremal in 1631, today the Temple of the Cross. “During the battle, called the “battle without weapons” the armies saw a shining light that came down from heaven. It was then that Santiago Apostol appeared on a white horse with a cross in white and red tones and it was he who decided the triumph of the Spaniards.”

The floor to ceiling colonial window of my room at the Gran Hotel de Querétaro led to a balcony that provided a picturesque view of the Templo de San Francisco (Church of Saint Francis). From there, I enjoyed the view at dusk when young boys in school uniforms rang the bells of the church from atop the tower and set fireworks while the crowd grew and joined the festivities in the park below. Querétaro is without a doubt, one of the most enchanting and magical places that I’ve visited.

One last stop in Mexico City before our departure took us by tram part way to the top of Chapultepec Hill (Hill of the Grasshopper), a storied site from ancient times to the present. It’s one of the most important sites in Mexico City. In 1325, it was a religious site and residence for Aztec Emperors, one of two places then believed to be a magical entryway for passage into the underworld. After conquest, the Spanish first erected a chapel and then a palace. It was home to the National Military Academy until the 1860s, when it became a lasting legacy of Mexico’s Emperor, Austrian Archduke Ferdinand Maximilian. He rebuilt the castle and from that time it was the home of Mexican Presidents until in 1940, when it was turned into a museum, the Chapultepec Castle Museum. We were back in Mexico City just long enough to see the Castle and for some of us to shop for a scarf at Pineda Covalin, where the traditions, cultures, and natural beauty of Mexico is represented in the colors and patterns. It was a very special luxurious feeling to try the unique scarves that celebrate the Huichol prints, Monarch Butterfly, Day of the Dead and other celebrations.

This international travel-study trip was put together by Leadership Women.  The experiences contained in this article are immersed in between informative lectures, site visits, and leader exchanges in the areas of business, government, education, economics, and healthcare. This article is the product of my experience and not the opinion of Leadership Women. Visit Leadership Women at www.leadership-women.org.

You can find deals for escorted independent travel, cruises, and expeditions to Mexico and other destinations at https://www.tourvacationstogo.com. Established and reliable travel companies buy in bulk and transfer the savings to you. There are further cuts with early-bird discounts and last-minute markdowns. Sing up for the weekly electronic newsletter and they send the weekly deals to your email.

Take a virtual tour of the Teotihuacan Pyramid at https://www.tripsavvy.com/tour-of-teotihuacan-1588589.

Safety. I felt very safe traveling with a group in Mexico City and in Queretaro, even shopping alone at times. One way to travel safe is to sign up and log your travel destination on The Smart Traveler Enrollment Program (STEP), https://step.state.gov/step/. STEP is a free service that allows U.S. citizens and nationals traveling and living abroad to enroll their trip with the nearest U.S. Embassy or Consulate. Once you enter your destination, they will alert you of travel advisories.