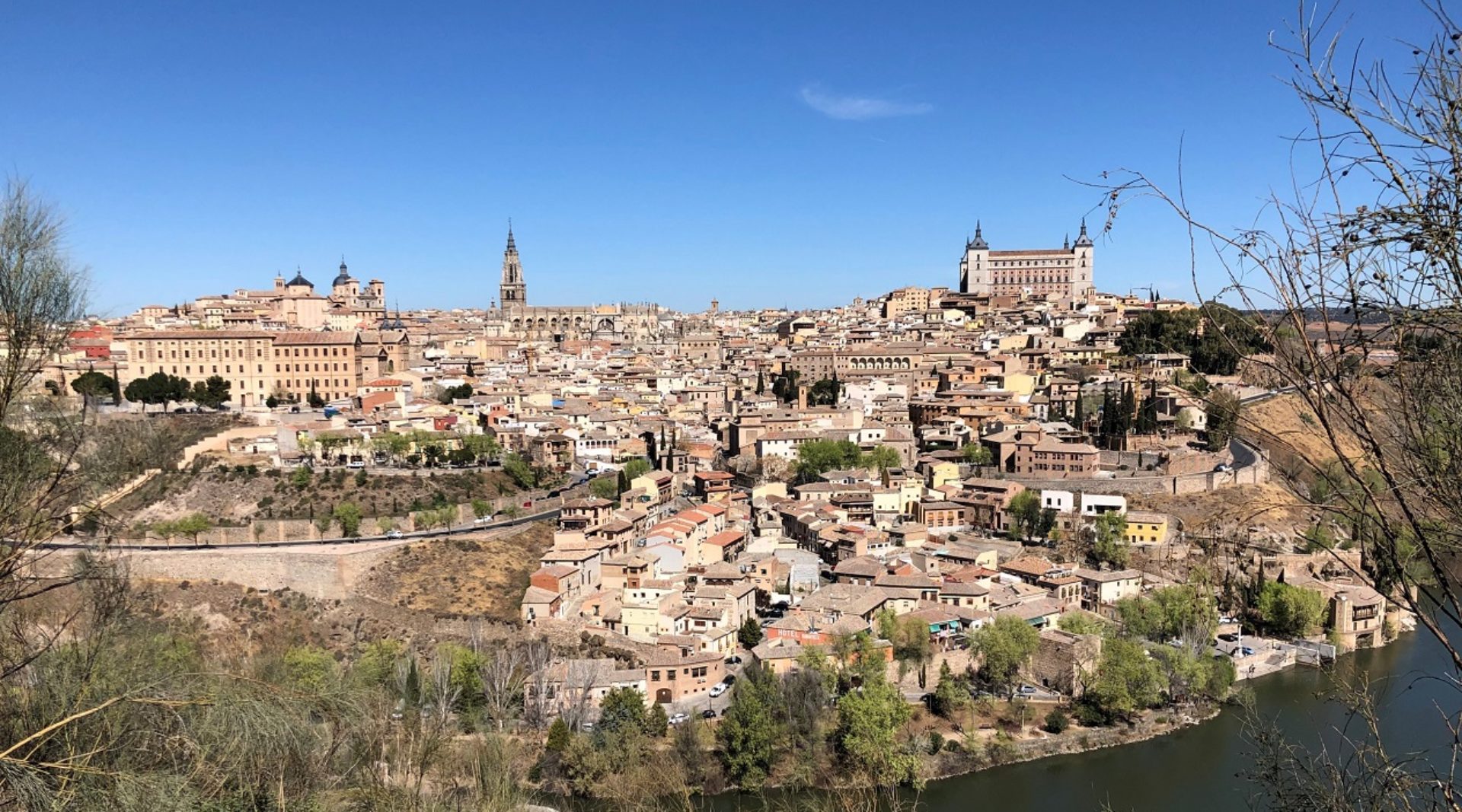 What does an ancient (1 AD) Roman aqueduct, a 12th Century Fortress, a 16th Century Cathedral, and Cochinillo (suckling pig) have in common? Their home is Segovia, World Heritage Site and one of Spain’s most beautiful historic cities, a city with a provocative historical mix of Muslim, Christian, and Jewish ethnicity. The Romans had already conquered much of the Iberian Peninsula when they completed the aqueduct. Today it’s one of the best preserved in the world and provides a magnificent entrance to Segovia. After passing under the aqueduct, we walked the narrow cobblestone streets where now and then, we pressed ourselves against ancient stone structures to make way for the occasional motor vehicle. Along the way, we stopped to view the impressive monuments, one of my favorites, located under the aqueduct, is the Capitoline Wolf suckling the twins Romulus and Remus, symbol of Rome, Italy. Although cliché, “fairy tale” is the term that best describes the structure, Alcázar of Segovia (Fortress of Segovia). Like other structures in Spain, it’s location includes evidence of many conquering and reconquering peoples, Roman, Muslim and Christian. It’s current structural identity dates to the 12th Century. Its no wonder that the turreted towers of the castle are believed to have inspired the imagination of Walt Disney. The bonus is the breathtaking views of the surrounding area from inside from the Moorish windows. The magnificent 16th Century Cathedral of Segovia is located in the Plaza Mayor (Main Plaza), center of Old Town, and focal point of activity. It was there at one of many cafes that we got to know some of our travel companions, two couples, all teachers from Canada and where we had one of our best dining experiences.

Spain’s La Granja white beans are known to be the best, especially served with famed Roast Suckling Pig at Lázaro Restaurante in Segovia.

Segovia is a day trip from Madrid. The quickest way is by high-speed train, RENFE, which takes 28 minutes for the small cost of €20, a little over $20.00 at today’s rates.