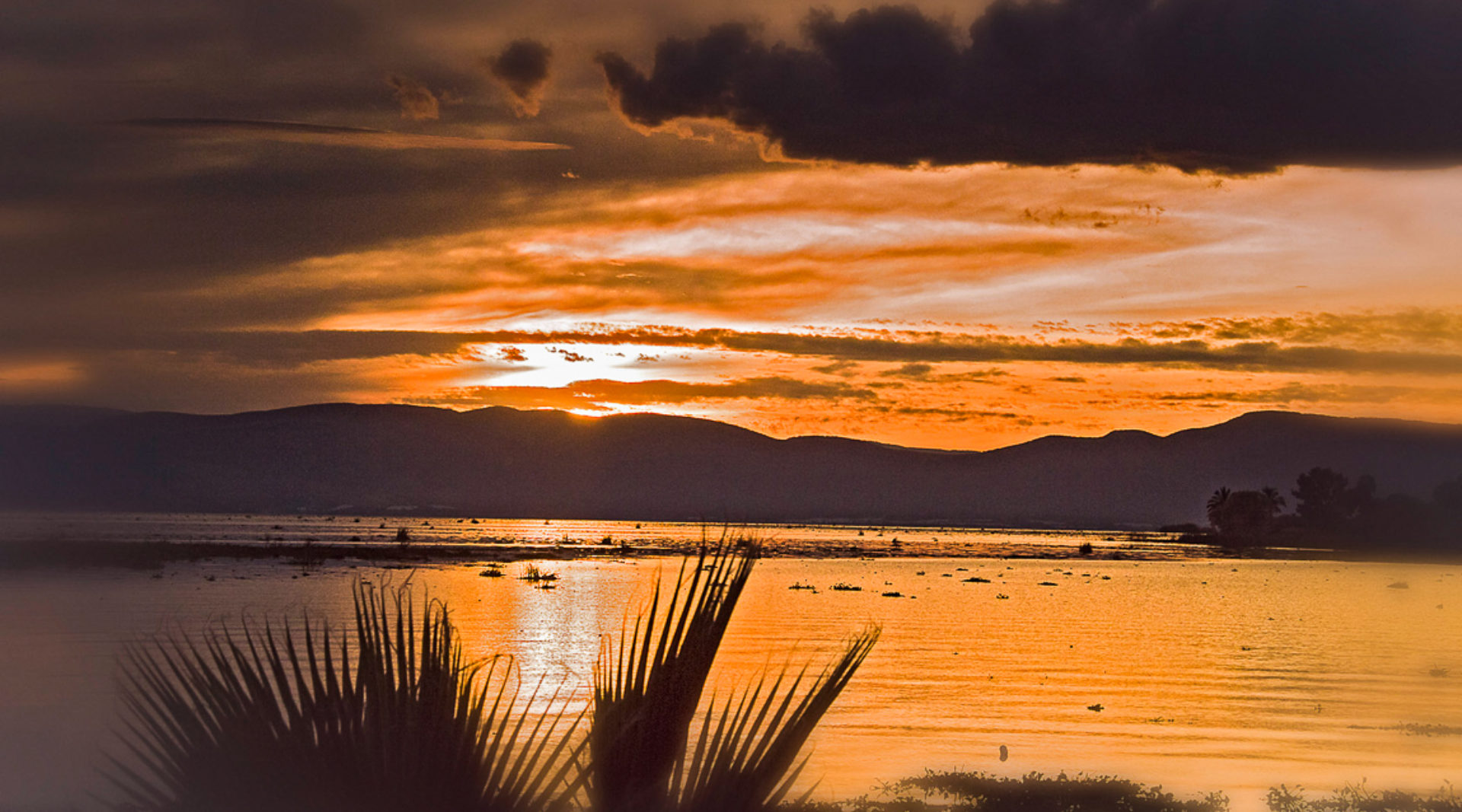 A New Beginning in Ajijic, Mexico

The past few weeks were hectic! Diana had sold her beloved horse, beautiful home, and most of her belongings. What remained was tightly packed in the back of her pickup truck. She was setting out on a 20 hour (3 day) road trip to Texas. After a few days in Austin for Thanksgiving, she would continue to Laredo. There, at the border, a prearranged guide would lead the way to her destination, another 14 hours (2 days) away. Diana was exchanging her comfortable, equestrian lifestyle in Aiken S.C. for the lower cost of living and warmer year-round climate of Ajijic, Mexico.

Ajijic (ah-hee-heek) is believed to mean “place of water” in Nahuatl  language. It lies on the Sierra Madre Occidental at the northern tip of Lake Chapala, Mexico’s largest natural lake. With the lake on one side and the the Sierra Tigre Mountains on the other, Ajijic has one of the world’s most perfect climates, ranging from 41°F to 87°F throughout the year. Imagine the altitude of Denver (5,000 ft) and the latitude of Hawaii (20°N).

Diana describes Ajijic as the “goldilocks zone”, not too hot, not too cold, not too humid, and not too dry, just right! “What’s not to like?”

Diana Hunt and I met on a trip to Jordan with a group of photographers traveling with Great Escape Publishing. It was clear from the start that Diana was an intrepid traveler, admirably resolute in her desire for new experiences. Here’s one example. One day, after lunch, in the ancient city of Petra, three of us took a daring ride from the lower level of the Treasury to the Monastery on donkeys and mules. The journey took us up and back down 800 time-worn and weather beaten steps cut into the limestone cliff, with countless hairpin switchbacks. These animals are smart, brawny transporters, very capable of keeping us safe. People have used them as pack animals for 5000 years. This knowledge did little to assuage our fears on the steep steps at Petra. It was a hair-raising experience! All we could do was hold on tightly, and avoid looking at the vast chasm below!

Diana missed the ride to the Monastery and scheduled another daring trip later that day…on her own.

First, she climbed for three hours on foot, the Nabatean way, over an area of mountains surrounding Petra.

Then, she rode over slippery terrain on a donkey for over two more hours. After the perilous 5 ½ hour journey, she arrived at the Bedouin settlement of Um Sayhoun, northeast and closer to the back entrance of Petra and the Monastery. Finally, after a brief car ride from there, Diana rejoined our group just in time for a cooking class. She shared the experience as if it were nothing out of the ordinary. We were all impressed that she’d taken this arduous trip, alone except for the guide she’d hired. So what? Well… Diana is only 80 years young!

When I learned that Diana was beginning a new chapter by moving to Mexico, I was intrigued but not surprised. I thought, “She’s not only a superwoman; she’s fearless!” My husband Eddie and I are fans of HGTV’s “Living Abroad”. This show surely planted the seed in many for “international living” and turned the term expat into a common household term. Now, here was my chance to interview someone with firsthand experience.

We returned from Jordan in June 2019 but Diana and I did not connect again until October. Eddie and I drove a short distance from West Columbia to Aiken, S.C., to meet Diana for lunch at Taj Aiken Indian Cuisine. I thought, “Wouldn’t you know?” The superwoman’s choice would certainly be exotic! Over a wide variety of tasty buffet items, we learned that Diana had already sold her house and was headed that very day to finish preparing for the yard sale. She had wasted no time setting her plan of international living into motion once she’d returned from Jordan!

Diana’s background belies her worldly notions. She went to high school in Trucksville, PA. No pun, a real town with a population of approximately 2000 people. Seems like a small beginning for such a bold adventurer, but Diana says her Father inspired her adventurous spirit early. He moved the family to various small towns as she was growing up. Imagine growing up surrounded by the inspirational qualities of historic and picturesque Northeast and Southeast Pennsylvania.  Independence Hall, a UNESCO world heritage site is only 109 miles Southeast and Lancaster, Pennsylvania Dutch Country only two hours South.

But it was later after college as Diana traveled throughout Europe for four months that she became captivated by travel.  This experience led her to a “different way of looking at things” and influenced her decision to become a writer. Working as a publisher helped her land a traveler’s dream job early in her career. She became assistant editor and eventually editor of the Pan American World Airways, Inc. in-flight magazine. Talk about luxury! In those days, Diana would catch a helicopter from her office at the Pan Am building to the Pan Am terminal at JFK International Airport and “walk-on” to First Class. Pan Am closed in 1991 but Diana continued to travel. In addition to being a professional writer, she is also an accomplished photographer.

When I talked to Diana again in January, 2020, she was already living in Ajijic. Turns out, she had pulled a glute muscle just before the road journey. By the time she arrived in Austin, she was in pain, and exhausted. Thankful for the rest over Thanksgiving, she met her guide on schedule and they set out across the border from Laredo to her new home in Ajijic.

What I learned about Diana’s move and her new life in colorful Ajijic:

First, Diana did her homework. For years, she scoured magazines about expat living, to learn where and how to do it. Once she narrowed her choices, she attended several on-site seminars. Ultimately, Ajijic checked most of the boxes:

• Ease of travel to and from the States.
• Structures for making new friends. (Writers and artists have been moving there since the 1890’s.)
• A wide range of activities.
• Low cost of living.
• Good and affordable medical care.
• Relatively safe, as long as take precautions like you would anywhere else.
• Agreeable climate, especially the climate!

With a large expat community already there and growing, “newbie lunches” and dinners are popular for newcomers. “Numerous yoga studios, gyms, theatre troupes, outdoor activities, musical festivals, and nightly entertainment at restaurants and clubs keep a person very busy.” The Lake Chapala Society campus offers a variety of classes, programs, and presentations. With all the options, Diana says that it’s easy to overextend yourself.

Diana arrived in Ajijic in time for the Mardi Gras and discovered that the locals, referring to the pre-hispanic indigenous people, love Carnival. There are seven parades leading to Fat Tuesday, the Tuesday before Ash Wednesday. Unique to Ajijic, there is a longstanding tradition. Men wear elaborate masks and dress outlandishly in women’s clothing, bosoms and behinds exaggerated by balloons.

Called masked saycayas, they chase the children through the streets and rub their faces in flour.

“Youngsters playfully antagonize and shout gleefully as the sayacas often toss them onto floats and literally roll them in flour.”

Occasionally observers participate in the flour fest. “One adult observer got a face full of flour directly from a sayacas bosom!”

• Yoga, Qigong, and pickleball (Diana’s favorite) several times a week.
• Physical therapy for the pulled glute muscle.
• Shopping for fresh food at one of three farmers’ markets.
• Weekly dinners with two different groups.
• Creative writing courses and presentations at the Lake Chapala Society.
• Volunteer about once a week at one of the dog shelters, taking photographs to help the dogs get adopted.
• Massage once a month.
• “Lakeside Newbies” for lunch

In addition to regular activities, Diana…

• Joined the Ajijic Society of Arts where she recently displayed her photography before judges at the annual show.
• Kayaked at Lake Chapala.
• Goes out to and occasional lunch or dinner, or accepts an invitation to a pool, concert, or play with new acquaintances.

With all this activity, Diana says that a nice quiet evening at home is also welcome but she still has things on her to do list.…

• Take a tour of the area.
• Join the hiking club.
• Get a group together to go to the Guadalajara Philharmonic.

Diana’s move is surely proof of her philosophy,

• Finding a larger place with a view and smaller, “more appropriate” vehicle.

• Getting the best assistance with taxes, insurance, and services for computers, TV installation, and handyman chores.

• Hire an immigration attorney to assist with laws, vehicle registration, and insurance.

• Hire a guide to lead the way from the border to your destination in Mexico, to alleviate safety concerns on the road.

• Set aside funds for initial set-up costs including first month’s rent and deposit, internet, cable, and phone services. After that, monthly expenses for utilities, food, and rent can be very low, depending on your lifestyle choices. Even high-end restaurants and apartments are lower than in the U.S. and building a home is also very low.

• Buy food from the local farmer’s market and cook at home. Buying organic food in the grocery store and eating at high end Gringo restaurants is more expensive.

• Similar to any location, wear modest clothing, no flashy jewelry or large purses. Keep your belongings close, not on a table or chair unattended.

• Determine your medical needs ahead of time. Diana says, “Overall, the medical care is quite good, immediate and affordable.” She’s found that three new hospitals and cardiac centers have just opened and more doctors from Guadalajara are splitting their time between there and Ajijic. U.S. prescription drugs are available over the counter at any one of many pharmacies.

• Last but not least, have a positive attitude! Diana’s philosophy is clear,

“Can’t let a few little things deter you from your dreams; it’s all about the attitude!”

Focus on Mexico, “Your Guide to Moving and Retiring to Mexico’s Lake Chapala”

The US Department of State’s Bureau of Consular Affairs, the agency that protects lives and interests of US citizens living abroad.

US News & World Report “The Best Places to Retire in Mexico”

The Association for Americans Resident Overseas

International Living (IL) Magazine provides a wealth of information to anyone contemplating a move abroad. Each year the magazine releases the Annual Global Retirement Index (AGRI), based on information collected from a team of experts on five continents, for 2020, Mexico is number 4 on their list of best places to retire.

Dana Strom is a fine art photographer and writer. See her beautiful work “The Masked Zayacos of Ajijic, Mexico”

Diana, on the left, at Taj Indian Cuisine is a professional writer and photographer.

Also a gracious interviewee, Diana took time out of her busy schedule to answer questions in person in Aiken and over the phone from Ajijic. She is an inspiration for people of all ages to get out and experience life!

All of the pictures for this story are Diana’s own creative work except the last one. My husband Eddie took this one of Diana and me at the restaurant.